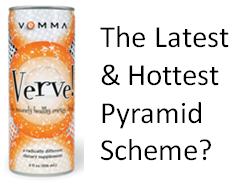 A lot of people are calling it the Verve energy drink scam. It’s a product of the MLM company called Vemma. It’s supposed to be a healthy energy drink. I’m a little bit confused and puzzled. Could this be another scam pyramid scheme that’s aimed at getting youth to join? Or is it actually providing a good opportunity for people to make good money and reach their financial dreams and goals? Is this even something good to put in your body? I’m just going to be as real with you as possible and give you my review and unbiased opinion on this whole thing. I do know how to work from home and could show you how to build a home based business from the Internet, so I know a thing or 2 about the biz opp industry.

Is A “Healthy” Energy Drink Even Possible?

It’s no secret that most energy drinks out there are loaded with caffeine and sugar. It’s also no secret that people, especially youth, love them. They taste pretty good and give you that buzz that gets you going. I’ll have to admit I like those Monster drinks. I know, I know. But could there possibly be such a thing as a healthy energy drink? Well that’s the pitch of the Verve: a healthy alternative to energy drinks on the market that is loaded with vitamins and supplements. It’s got 80 mg of caffeine. That’s about as much as 1 cup of coffee. That’s really where the “energy” is coming from I believe. Is it healthy? I don’t know. You be the judge. But let me explain this whole “Verve energy drink scam”.

The reason why most people join Vemma to market the Verve energy drink is because they think they will make lots of easy money. Lots of young people are joining in hopes of distributing this energy drink to friends to eventually make millions of dollars. Prospects are usually invited to some kind of meeting where they are shown how they can make truck loads of money working “part-time” over the course of just a few months. Of course, the truth is, you’re going to have to work your freaking butt off bugging friends, family, and eventually strangers to join your energy drink business. Your sponsor or team leader will try to convince you it will all be worth it.

So, what’s really happening here is people are being shown the income potential of selling these Verve energy drinks and recruiting others to do the same thing. This is called referral marketing, or multi-level marketing. Most people in the mainstream refer to these things as a “pyramid scheme where the guy at the top makes all the money”. I am now seeing it all over Facebook. Some of my FB friends are tagged in photos with their Vemma team leaders and what not, and also see out-of-nowhere inspirational quotes. Hey I know these people! When did they get all into self-help and motivation?! Well, that’s what these MLM business will do to you. Definitely not a bad thing though.

It’s going to cost you about $500 to get into business and become a distributor. This isn’t even including all the other costs that will be involved such as ordering product the following months, marketing tools, meetings, motivation material, gas traveling to events, etc.

I was reading a comment in a forum of an upset father who says his son has been trying this “Verve energy drink scam” for 9 months now and says his sons is out and about every other night or so, doing meetings and travelling here and there, trying to recruit people and has only 20 people in his downline. He hasn’t made a single dime.

I Actually Think Vemma Is A Good Thing

I actually had my breakthrough while being in an MLM business (Amway). Because I associated with people who preached success, positive thinking, and prosperity, this opened my own eyes to what I was capable of doing. It’s not a bad thing to be in Vemma. The worst thing that is going to happen is you’re going to have lots of fun, learn a lot of new and exciting things, and hang around believers and dreamers. I got to hang around millionaires, some were very young, and people who started with nothing and now are living the life. They started from the bottom and now they’re here.

That’s all I’m going to say. It is so easy to get stuck in this mindset of getting ready to get ready. You read the books, listen to your upline, attend the rallies, but if you’re not actively going out and recruiting new people every week….you’re WASTING your time.

Would I really call Vemma out on marketing a Verve energy drink scam business? No. It’s not a scam. Can you make big money doing this? Yeah. But very, and I mean very few people do. I’m going to say about 99.9% of people never really reach their dreams and goals in the multi-level marketing industry. But it’s really not much different than any other MLM company out there such as Amway, Mary Kay, Herbalife, Monavie, and tons of others. It’s going to come down to you being able to convince and recruit lots of lots of people, and teaching them to do the same thing, consistently. 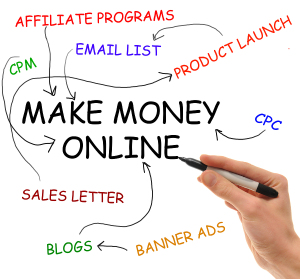 I know a lot of people, especially the younger crowd (20 somethings; 30 somethings) take a look at an opportunity like Verve because they want to make more money. You’re on your phones and Internet all day anyway. Why not use it to build an online business and make money? That’s what hit me. That’s what I did. That’s when I left the MLM biz, and started my own online business. Doing affiliate marketing online is pretty simple, cheap, and you literally have 100% control of how much you want to earn and when you want to work.

You can literally build an online business in ANY passion of yours. I know of someone who is absolutely KILLING it in the zen/yoga niche. If you have an Internet connection and can do simple research, you can absolutely create a phenomenal online business that makes lots of money. I should know. I’m able to generate 6 figures from doing affiliate marketing online. The crazy thing is, it’s not complicated. It’s actually pretty darn simple. Of course, it requires some hard work, but anyone can start making money from home if they just put in the effort.