Home » These Are Okay » Does Doterra Essential Oils Scam People? Unbiased Review For You

Does Doterra Essential Oils Scam People? Unbiased Review For You

Posted by Vince in These Are Okay | 150 comments

The big Doterra essential oils scam question pops up once in a while and you know what, I can kind of see why. Now, I must tell you that I am not a distributor or going to try to sell you this product or pitch you the business opportunity. I’m just here to give you a review and give you my unbiased opinion. Yes, I would say that the majority of people promoting this company are distributors trying to market. There’s nothing wrong with that, but the bigger questions are do the oils actually work, and can you really make a bunch of money by joining? Most likely you want to know the secrets to making money from home and what will really work.

Basically the main product line is a variety of these specific health oils. What kind? Well it ranges from lavender, peppermint, lemon, different blends, and lots of others. So the way it works is let’s say that you have trouble sleeping.

Well, there’s an oil for that. You apply it and it’s supposed to help you sleep. Or lets say you have a cough or some kind of chronic condition. Many have claimed after using these oils, they fixed their condition. Who knows.

Learn How To Make Legit Money From Home Here

I Have Talked To Someone Who Said It Worked

I actually have chatted with a distributor who said the reason why he became a distributor is because he used the oils and they worked for him. It wasn’t mainly for the business opportunity, which is why most people join. But from what I remember, he said he was on medications and nothing worked for his hay fever. But then took some oils and for the first time in years, was able to rest and sleep well.

Can I say for certain that they work? No. Some say yes, some say say no.

The Money-Making Side of Doterra 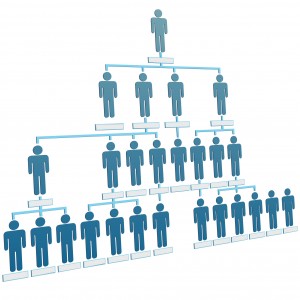 The Doterra Essential Oils company is also a multi-level marketing business. What does this mean? It means you can make lots of money selling this stuff. Basically you pay a fee to go into business with them and you become a distributor. Now you can make money selling these oils to customers who need them and make even more money recruiting people to become distributors under you.

My honest conclusion to the Doterra Essential Oils scam question is: no, it’s not a scam. I mean think about it. There are tons of vitamin companies out there that make 100’s of millions of dollars per year, and I’ve seen study after study indicating that our bodies can only absorb so much. Yet people are still buying vitamins and there are always products out there that really sell perceived value more than anything. It’s called BUSINESS. Plus, some people have said it worked for them. I can’t take that away from them. My best advice is to try it out if you’re that curious.

P.S. Make sure you check out the #1 affiliate income opportunity if you’re looking to make money the right way…