Posted by Vince in Borderline | 26 comments

As an Internet marketer, I can see why people are asking, does Project Payday scam people or not? I’m going to be completely honest with you on this one because I really don’t want to paint biased pictures of programs I know are going to make a lot of money for me if I get you to click on my affiliate link. It is really important that you know how this company operates so you can get a clearer picture as to what you would really need to do in order to make money as opposed to how “easy” they like to make it seem.

Understand that Project Payday is a Cost Per Action type opportunity. What does this mean? CPA’s marketing is when you get people to enter an email address, generate a lead, get someone to signup to something, or really any kind of profitable “action” that can ultimately lead to a sale. It means they are going to pay you $1.50 for every lead that you generate. In other words, you are going to make money from each person who clicks on your PPD affiliate link and gives their info. Get it?

Why does Project Payday pay you to do this?

Because there are sponsoring companies that pay PPD for getting people to do these trial offers. To become an affiliate with Project Payday, you need to complete one of these offers which is most likely going to cost you money. The more people that join, the more likely people are going to participate because they joined to make money. PPD is making a killing! Does it make sense now?

When I signed up to do this, I picked the Big Fish Games which costed me $7.99. There are different offers you can choose. However, think about it. I just gave away some of my money for the opportunity to make money only if I know how to generate leads for them. Thank goodness I do. The problem is, especially if you’re a beginner, you probably don’t.

But yes, it really does work if you are experienced with affiliate marketing and Internet marketing.

So what does this mean for you? Well I can tell you right off the bat that the majority of people that join this program are not going to make a significant amount of money. The reason is because unless you are getting hundreds or maybe even thousands of leads for Project Payday, are you going to make any amount of significant income. Now depending on the conversion ratio of hits two leads, they can raise up your pay to about $2.50 per lead, but again you’re going to run into the same problem if you’re a complete beginner. Now I’m going to reveal to you a few secrets as to why a lot of people are in favor of this company. 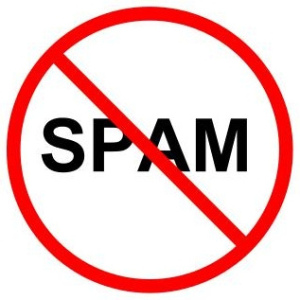 You will see so many promotional videos on Youtube of people trying to push Project Payday. I’ve watched countless now while creating this review, and like 95% of the Youtube testimonials sound so scripted and cheesy. Of course, the marketer doesn’t really tell you what you are going to be doing, other than “make tons of easy money by following this incredible system!”.

You get a bunch of desperate people trying to promote the same opportunity all over Youtube, and it pretty much turns into spam.

Project Payday is not some kind of data entry job, and you don’t get paid for posting your link. You get paid IF someone clicks on your link and opts in.

I see some pretty crafty clever sales pitches some people do, just to get an optin to make a whopping $1.50. It’s pretty amazing how far some people will pretty much lie, to make some money.

I did find one video of someone making lots of money, but when I further investigated who she is, it seems she is one of the owners or some kind of premier partner as I can match the voice in the video, with the woman on the actual PPD salespage. The owners or big-wigs are going to make the big bucks…just like in any company.

You are taught to post in classified ad sites…

Another tactic many people using with Project Payday is posting to classified sites. More specifically, they will advertise PPD in the “jobs” section with a posting that says something like “Make $40- $80 per hour just using your computer!” or something similar. In my opinion, this is a bit misleading. PPD is nowhere near being an actual job and unfortunately many employment seekers will be fooled by such postings and opt-in. The marketer makes a quick buck, and the job-seeker becomes really confused as to what is really going on and is a long way from making any money.

Advertising on classified sites is a whole other skill in itself. Don’t think it’s going to be that easy. You’re going to need to know some important issues such as Craigslist “ghosting” your posts if they find that too many postings are coming from 1 IP address. This means you’re going to have to invest in some tools that change your IP address every so often so you don’t get caught, and there are other marketing tools that pretty much blast many cities at once. This is just one example, but my point is, this is definitely something that takes time to learn and master. [/note]

I get this question a lot. No Project Payday does not outright scam people. But I will tell you this. It’s not going to be easy to make money unless you know how to get tons of traffic! That’s the bottom line. Think about it. You make $1.50 per lead and that’s it. You’re going to need to generate 100 leads to make $150 and that’s not recurring every month.

Why I Personally Don’t Recommend It

You know what? It comes down to a few things.

Project Payday presents itself in a way that is very shady. People think they really landed on an awesome opportunity and some cases “job”, when it’s really just a CPA affiliate marketing system. The salescopy, the adcopy, everything is enticed to lure people in as if this is really “extra income for the average Joe”. The reality is, the average Joe is probably NOT going to just fly by joining this. Not even close. To make any decent amount of income here, you’ve got to know your stuff. You have to really have targeted advertising dialed in, or own a website that gets thousands and thousands of hits and promote your link. Also, you’ve got to know how to create video and “sell” on Youtube for people to join.

Not to mention the insane amount of competition from people trying to hustle this system to others.

Second, it’s all about the money. You’re going to get paid a one-time commissions of $1.50 and then you can say Sayonara! There really isn’t much of a residual opportunity where you can stack monthly commissions on top of each other, and scale out your monthly income. It’s just 1 lead and buh bye.

If I’m going to refer leads to something, I want to capitalize as much as possible and not just burn my visitors. Because honestly, that’s how a lot of Project Payday members feel…burned. I’m going to refer them to a high quality program that delivers lots of value, and make more money each month doing so.